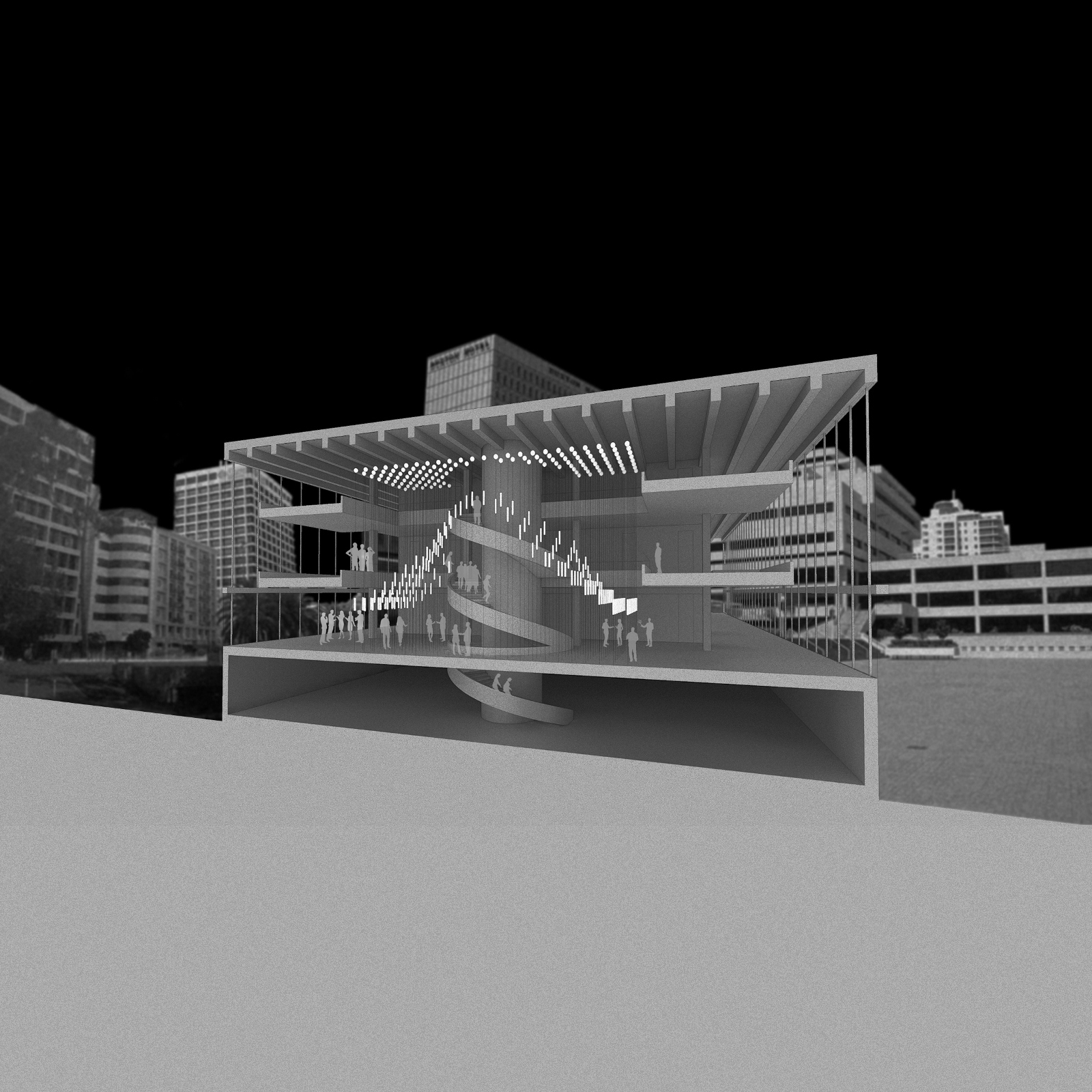 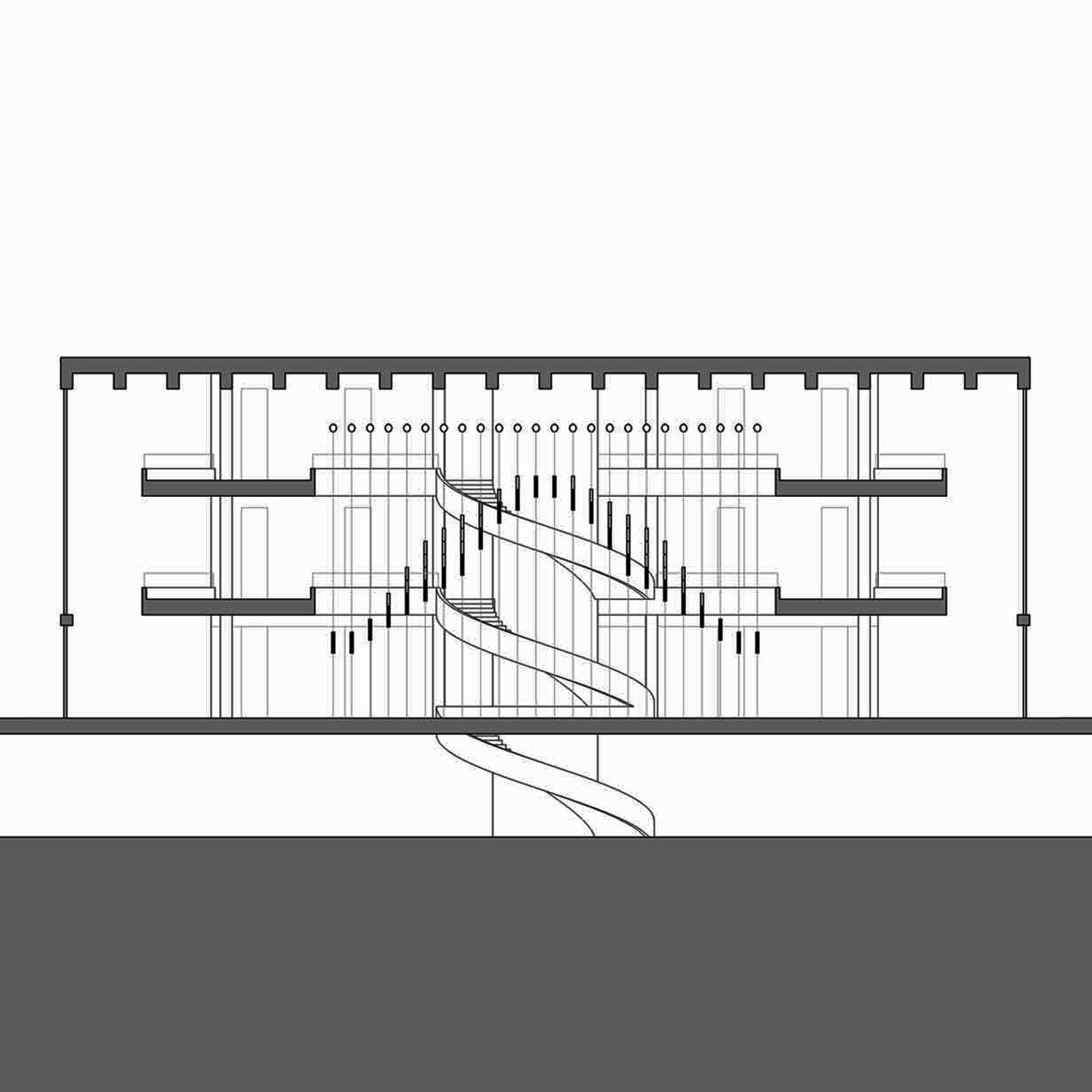 How do we perceive sound spatially? A three dimensional sinusoidal wave consisting of individual paper rolls suspended in space by helium balloons. The wave peaks in the center of the void, simultaneously appreciating the spiral staircase. The observers may interact with the installation by rolling up and down individual paper rolls, generating a moving visual rthym in space.

The installation puts forward that a sound element, the sound wave such as a set of rthym or even a musical note is a collection of smaller units making up a discernible composition. Like the suspending paper rolls, they are a series of oscillations making up a perceptible pattern. The visual perception of the wave also depends on the position of the observer in space, whether you are on the foyer, the staircase or the mezzanine, not dissimilar to our relativistic perception of sound. This illustrates the fact that the sound that one hears is slightly different than another individual depending on just where they stand in relation to the source of the sound.

We all understand that sound is produced by oscillations, which is usually graphically represented as waves. However, this is only two dimensional. Sound does not just travel in two dimensions, it travels in four,  including space and time.

Sound moves through space in a series of oscillations, warping and compressing itself around bodies in space not unlike a gravitational field. Here the spiral staircase in the void acts as a body that disrupts the travel of sound wave, being compressed and appreciated around the object, as compared to the sound wave that travels through an objectless space.

Sound henceforth is thus subtly modified, appreciated and heightened to us just by being there, as our bodies in space demands the warping of the sound wave around us.